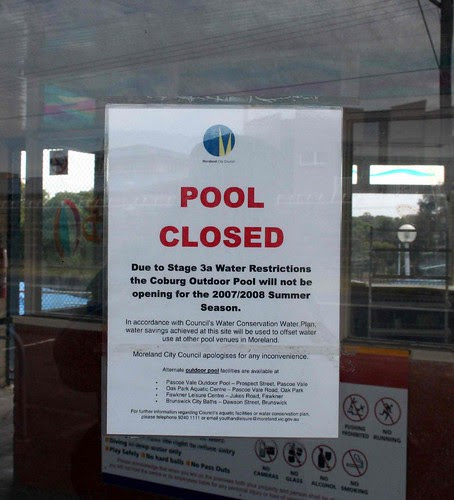 However, later that night, at the council meeting, Moreland council agreed to consider the funding of the works required to re-open the Coburg Olympic Pool as part of the 2008/2009 capital works budget. This would take place in June/July and would require councillors to vote either way. All the councillors at the meeting gave the impression they have no intention of closing the pool - which begs the question why then the pool is still closed? And why has the Moreland Council not committed to opening it next summer?
Posted by Friends of Coburg Olympic Pool on Tuesday, February 19, 2008